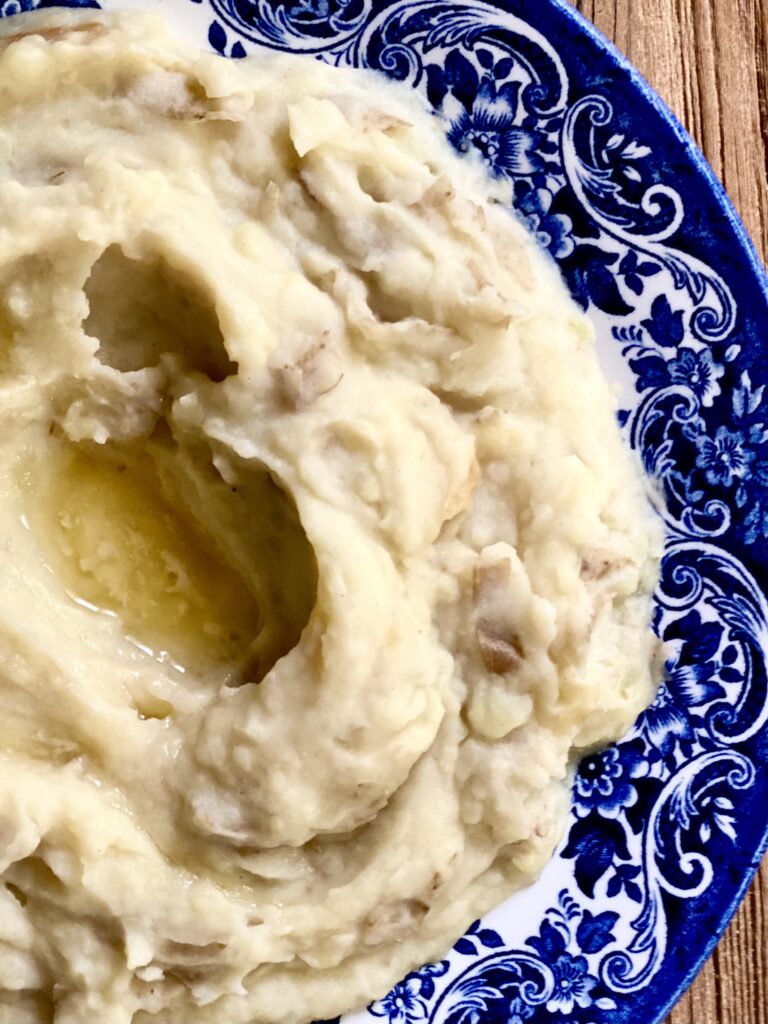 One of the most important lessons I ever learned in cooking was to build flavour the moment you start. In terms of mashed potatoes, if one should strip a potato of its scrumptious shell and then leach out all it’s goodness in bubbling tap water, some might say, goes against this advice.

On the other hand, roasting a potato in its skin produces a fluffy, flavourful mash. Something I don’t find comes along with boiling a peeled potato to death.

And since a 90-year-old Scottish man once told me these were the best mashed potatoes he’d eaten in his life (a compliment I’ve never disputed), I’ll stick to roasting.

Yellow Potatoes (like Yukon Gold): when roasted, their flesh becomes fluffy and their skin caramelized. It’s the most beautiful mix of smooth mash potato and nibs of dark skin.

Wash potatoes before adding to bowl and drizzling with some olive oil and seasoning with salt and pepper.

Wrap batches of 2-3 in tinfoil and place on baking tray.

Roast for 75 minutes or until centres are fluffy and bottom of potatoes are deep golden.

Remove from tinfoil (watch out, they’re hot!) and add to bowl.

While still warm, slice through potatoes with kitchen shears to break them down into several pieces, making sure to cut through the bottom side of the potato skin, which usually becomes caramelized (delicious!)

Use masher or large fork to start mash through potatoes before mashing in butter, a splash of olive oil and generous dash of salt and pepper.

Mash until combined before before drizzling in warm milk. While drizzling, take breaks to mix until potatoes are light and fluffy.

Check seasoning level and serve or let cool before refrigerating for the next day.

To reheat, heat in the microwave for 5-7 minutes or until hot throughout before stirring in ½ cup of warm milk. Check and adjust seasoning level (if needed) before serving. 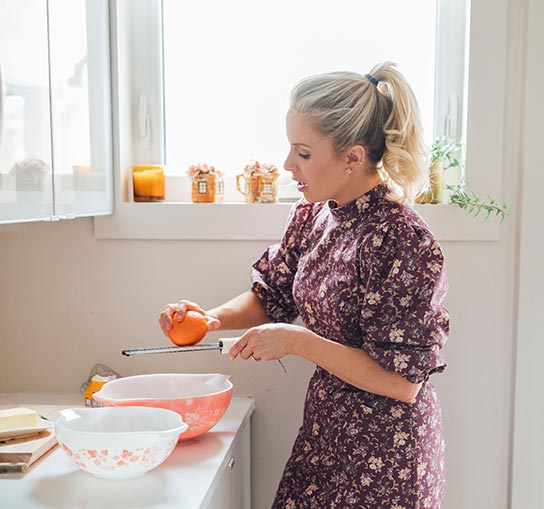 Questions about my articles, recipes or appearances? Just want to say hi? Drop me a line – I’m so happy to connect!